Machinery for Production and Processing

This is How Production and Processing Machines Were Developed 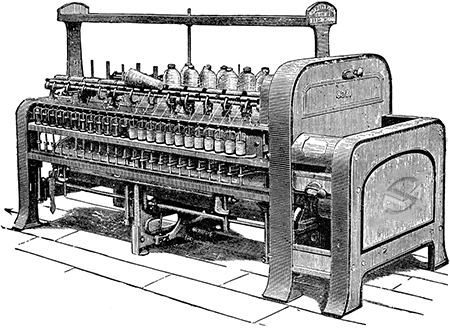 Industrial production of different items became much more than just hammering and casting after the Industrial Revolution happened. Much more complex operations were introduced and machines for producing and processing were invented one after another. The first machines that replaced manual labor were used in the textile and metal industries. By the 1940s, pretty much every manufacturing field had adopted machinery for processing and production.

The Variety of Machines for Production and Processing

The so-called numerically controlled machines we refer to as robots. Bill Taylor created the first one in 1937 and it resembled a crane powered by an electric motor. George Devol later patented his own design and his invention could move objects a short distance. His Unimation company was founded in 1956. General Motors began using a Unimate industrial robot in 1962. Victor Scheinman invented the Stanford arm and later the MIT arm, which were really important for the further development of the industrial robot. ASEA developed an electrically driven model in 1975 operated via a chipset. The first welding robot was built in Japan in 1979. The 80s were a time for rapid growth in the industrial robot sector. Robots became flexible, faster and more intelligent, and their efficiency grew immensely. The so-called collaborative robot was introduced in 2008 – these industrial machines work side by side with humans. Companies like KUKA, ABB and Adept are among the leading industrial robot manufacturers today.

The Essential Operations Related to Processing and Production 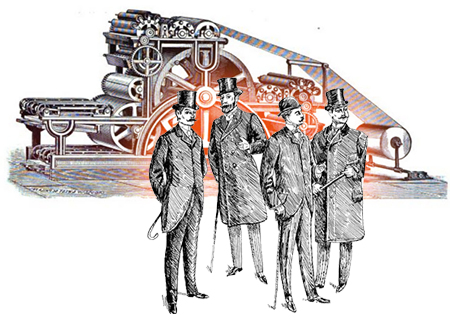 Packaging and labeling machines are an important part of most production processes. The variations in this field are countless and it all depends on the product or the market. Packages have been around since ancient times, but the first modern ones were developed in the 18th century. Tinplate boxes were produced in the 1730s in England and the first factory was opened in the 1800s. Packaging and labeling machines include vacuum packaging machines, seaming and sealing devices, cartooning and converting machines, wrapping, filling and closing machines, as well as label dispensers and industrial printers.

With the Industrial Revolution in 1750s came the first major breakthroughs in machine tools and processes. The first metal boring machine developed by John Wilkinson in 1774 was used for the creation of James Watt’s first commercial engine a couple of years later. Soon, lathes, milling machines and shapers were put in use. Later, steam, pneumatics and hydraulics were used as power sources for production machinery. Computers were introduced to this field in the 1960s, and later the CNC machines were a major breakthrough. Today, different machines like drills, grinders and gear shapers are still used alongside robots and presses.

Conveyor belts and assembly lines are probably one of the most widely used production machinery types in the world since mass production became a thing. Manual processing of products became obsolete in the early 19th century when the fabrication of products like horse-drawn vehicles, locomotives, textiles and clocks required an improvement in terms of material supply, handling, processing and assembling. The first continuous assembly line was used in the Portsmouth Block Mills in 1801. Later, Richard Garrett & Sons developed the first assembly line that was really close to the ones used today – it happened in 1853.

In the early 1900s, something really important was introduced to the industrial world. The need for mass-production of interchangeable parts was realized. This resulted in the development of different new machine tools. The metal planter, the milling machine and the screw-shaping lathe were introduced. They were incorporated with the assembly line functionality and the production of interchangeable parts began.

Conveyors became electric in the late 1880s, but not before steam power was introduced. Steam conveyors were mostly used for loading and unloading vessels at first. When electricity became the source of power used, conveyor belts were incorporated in mass production of goods, such as tin cans. When it comes to assembly lines, they became popular in the 1860 when the meatpacking companies in the U.S. began using them. The man who really made different industries realize the potential of the assembly line was Henry Ford. However, he was not the one to introduce the technology to the car manufacturing process. Ransom Olds, the founder of Oldsmobile, was the one who did it first. He even patented his concept and implemented it in his factory in 1901. Henry Ford’s chief of production, Peter E. Martin, was the one who suggested they should adopt that technology as well.  The Ford Model T was the first to be produced on an assembly line in 1913. The rig was powered by conveyor belts and reduced the fabrication time to hour and half per car.

Today, no industry is short of production and processing machinery, and the rapid growth of computer technology greatly improved all processes and brought effectiveness to the industrial world. 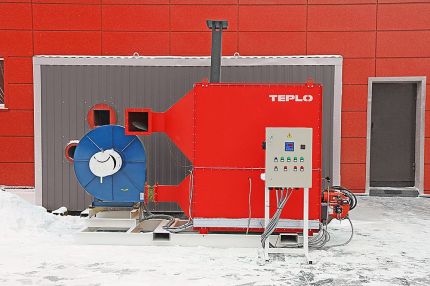 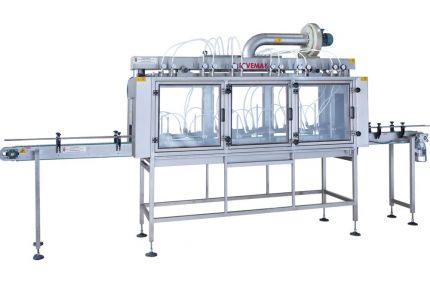