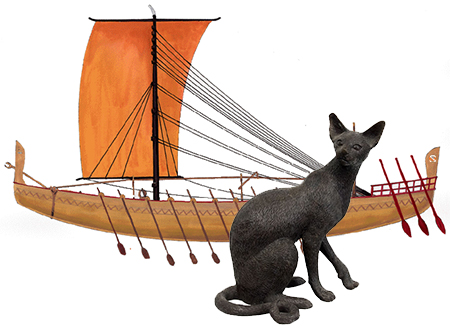 Vessels which can be referred to as boats are known to exist for more than 10,000 years. However, ships as we know them were introduced many centuries later. Navigators such as the Ancient Egyptians began exploring wider areas about 3,000 years ago when vessels evolved. They built sailboats and ships, some of which helped build the Great Pyramids. The first seaports were created in that period of time.

Wood and other natural materials were used to build these vessels. Different sizes and types of construction were created. It wasn’t until around 1,300 years B.C. when the first hulled vessels were invented.

As navigation became a thing mostly due to Greeks’ and Phoenicians’ activity, ships evolved even more because they needed to navigate large areas such as the Mediterranean. Meanwhile, the Chinese created their own version of ships featuring steering oars and watertight compartments. 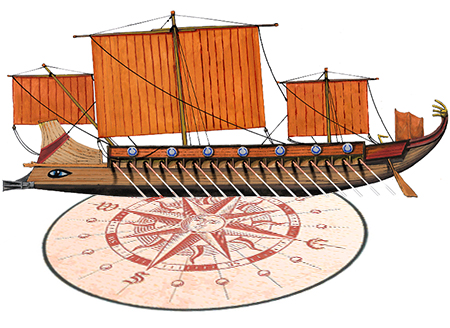 Huge ships with a capacity of carrying a thousand people and a couple of hundred tons of cargo were used a century A.D. The Asians and the Greeks created vessels with up to seven masts. Trading ports were set up which contributed for international trade as we know it today to be established.

The following centuries were marked with the creation of naval fleets adopted by many countries all around the globe. The compass had yet to be discovered, so they still used celestial methods of navigating. The compass was introduced around the 13th century.

It is fair to say that maritime navigation was primitive prior to the Renaissance but different civilizations were still able to create fleets. In fact, many countries relied on maritime activities. The Vikings and the Byzantines were among them.

The New Types of Vessels 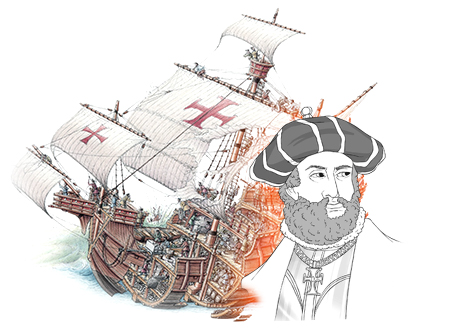 The carracks and the knarrs were typical vessels in the 14th century. The caravel was introduced a century later by the Portuguese. The freeing port and the forecastle were added as features to the vessels in the 15th century and they become typical for galleons in the 16th century.

Europeans and Asians were pretty much equal in the development of ships. The first iron-clads were made by the Japanese. Soon, the first armored ship used for warfare was developed. African and Arabian merchant ships crossed the seas and improved the trade relations between countries located far away from each other. Trade routes were established.

The biggest ship fleet around the 15th century was Chinese. Meanwhile, the Portuguese explorers were able to establish continental sea routes. Ships continued to grow in size and easily passed the 700-ton mark.

After America was discovered, many new trade routes were created and soon ships travelled from the Atlantic to the Indian Ocean. Australia and New Zealand were reach in the middle of the 17th century and James Cook was able to create a map of Polynesia in the 18th century. Warships were developed alongside fishing boats and merchant vessels. Canal barges became popular, and they are still widely used today.

The first heavily-armed ship was created by the French Navy. A vessel with more than 70 guns was built and it quickly became a vital part of Europe’s defense. The 56-meter ship took nearly 3,00 oak trees and 40 kilometers of rope to be created. When piracy and slave trade were pretty much put to an end in the 19th century, even more trade routes became usable. The Panama and Suez canals were built around that time. The following Industrial Revolution impacted ship design a great deal, and ships were used for many different activities such as research and firefighting. 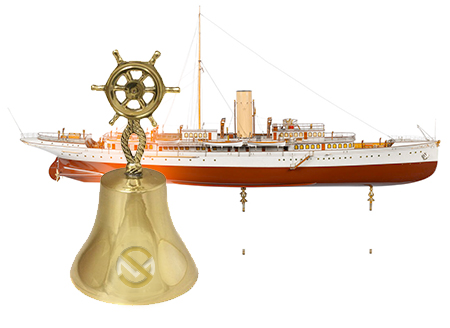 The 19th century was a time of record breaking, and some ships were able to cross the Atlantic in about three weeks which was impossible to be achieved in the previous century. Cargo and passenger ships were constantly growing in size and the technology used in them was becoming more and more sophisticated.

Today, there are more than 35,000 commercial vessels worldwide. The warships’ number is around 1,500, but it is fairly had to estimate just how many fishing vessels are used out there. It is believed that they are more than four million of them all around the world. An interesting fact is that there are more than 30 million fishermen in the world today.

The different vessel categories range from naval and merchant vessels to freshwater and special purpose ships. The types of vessels used today include high-speed boats and crafts, supply vessels and barges, hovercrafts, fishing vessels and trawlers. The bigger ones include tankers, bulk carriers, container vessels, vehicle carriers, ferries and cruise ships, yachts, as well as special purpose ships, such as research and weather vessels, icebreakers and warfare vessels.