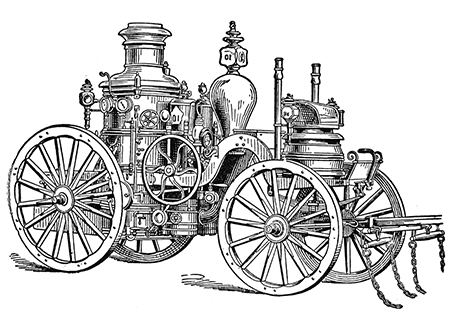 Since the industrial revolution, people continue to come up new machines, tools and equipment applicable in every single aspect of life. The variety of utility machines we use today is huge. Apart from the utility vehicles such as ATV’s and other wheeled and track machines, there is a plethora of machinery that falls into the utility machines.

From air compressors to skid steer loader and 4x4 vehicles with special equipment, the world of utility machinery is worth checking out. Some attachments are also referred to as utility equipment, such as the salt and sand spreaders, sweepers, forklifts, drills, trucks equipped with sweeping and street washing systems and snow removal machines. Service and road assistance trucks also fall into this category.

Soon after the truck was invented, the tow truck was introduced as well. Ernest Holmes Sr. built the first one in 1916. His business took off from there and thrived for nearly 60 years, after which Miller Industries bought its shares.

About the same time as tow trucks were introduced, the need for service trucks was felt, too. More vehicles on the road mean more repairs. The first such utility vehicles were actually Dodge and Ford Model T trucks chassis with special bodies on the by a company named Martin Parry, which later merged with GM. A new light-duty Ford truck range was shown in the late 30s with bodies built by Budd Manufacturing. New design and technology was presented in the 70s. Later, aluminum and fiberglass were used for saving weight.

The Most Important Machines 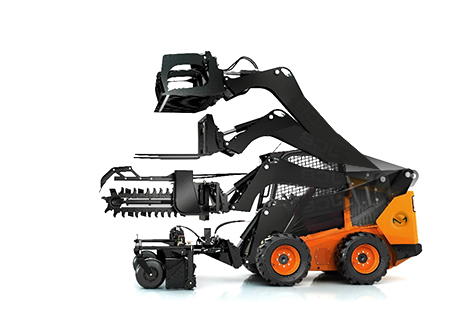 The forklift and the lift and fork trucks are among the most useful utility machines there are. The first such piece of equipment was used in the 1800s, but it was more of hoist than a forklift. Decades later, forklifts were improved and functions were added to it. After the first machine was made in 1887, it took a couple of decades before the first steel unit was produced, and its controls were perfected. Electric power was added to forklifts after WWI. The Willamette Utility Carrier was shown in 1915, and the Tructractor was introduced in 1917 by the Clark Company. Soon hydraulic systems were introduced as well. Hyster introduced high-tech models in the 1930s. The 1950s were the time when forklifts grew in size and became safer. As their development continued, today forklifts are low-emission machines powered by gas, electricity, diesel, natural gas or propane.

The snowplow has been around since the middle of the 19th century. It was a device attached to a simple cart used in the 1860s. Later, horse-drawn devices went into use. When Caterpillar tractors went into production, big cities in the U.S. started mounting plow blades on them since 1913. Soon, the machine evolved, and decades later, the snow blower was invented as well. Salt spreaders were introduced in the 1960s and slowly became more and more efficient. Today’s machines are combined vehicles equipped with both a snowplow and a salt spreader.

Street sweepers were invented when the Industrial Revolution was booming. A British man named Joseph Whitworth designed the first mechanical sweeper in 1840. Charles Brooks and many other inventors designed sweepers for the following decades, but they were all mounted on horse-drawn carts. In 1868, a steam-powered sweeper was introduced in the U.S. – it was meant for railroad maintenance. In 1911, the Elgin Sweeper Company was founded. It produced pickup sweepers that proved to be cost-effective. Street sweepers were improved in the 1970s and became much more effective and environmentally friendly. Modern sweepers can suck in even small particles and reduce dust clouds formed in the process.

The first garbage truck in history was a steam-powered tipper vehicle introduced by the Thornycroft Steam Wagon and Carriage Company in 1897. In the 1920s these trucks had a covered rear end and soon became globally popular. The first lifting device fitted onto such a truck was designed in 1929. George Dempster created the Dempster-Dumpsterin 1937, giving birth to the term ‘dumpster’. The front loader was introduced in 1955, followed by the Petersen grapple truck in the 1970s. The side loader was introduced soon after that. 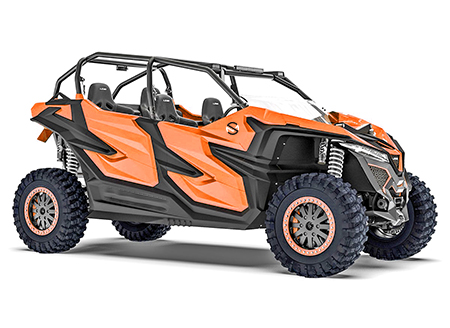 The Modern-Day Machines – ATVs and UTVs

All-terrain vehicles (ATVs and later UTVs) have been around since the 60s. The Jiger ATV was an amphibious machine meant to be used for military purposes. It was a success so manufacturers like Sperry-Rand and Honda introduced their own models. The first real ATV was the Suzuki LT125, followed by Honda TRX200 in 1984. CVT transmissions were also introduced around that time. Four-wheel drive was present in most models. The first UTV (Utility vehicle) was made by Arctic Cat. The 2006 Prowler. UTV’s are extremely versatile and they are used in numerous different industries and fields of work and for recreational purposes as well.