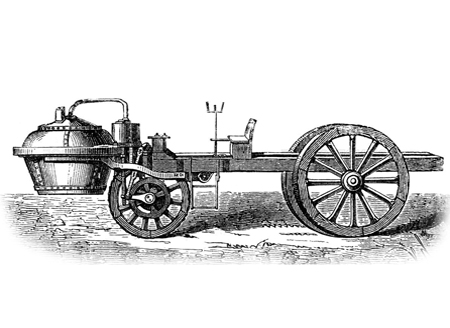 This is the history behind the Development of Trucks and Trailers

Today’s modern trucks are a far cry from their predecessors. Speaking of the first machines that could be referred to as trucks, we need to go back to 1769 when Nicolas-Joseph Cugnot created the steam powered fardier. By the middle of the 19th century, steam-powered wagons grew relatively popular, and their use was limited due to the lack of an appropriate road network. The hauling routes were short at the time, most often between different factories and railway stations. An innovation was introduced in 1881 – the first type of semi-trailer was invented, towed by a De Dion-Bouton steam-powered tractor, but the real semi-trailer design that we know today was developed in 1914 by August Fruehauf. His first trailer was attached to a Ford truck and his idea became extremely popular because of its effectiveness in freight transportation in the U.S. The Fruehauf company was founded in 1918 and it is still producing trailers and semi-trailers. Fruehauf is currently among the biggest names in business.

The Father of the Modern Day Truck 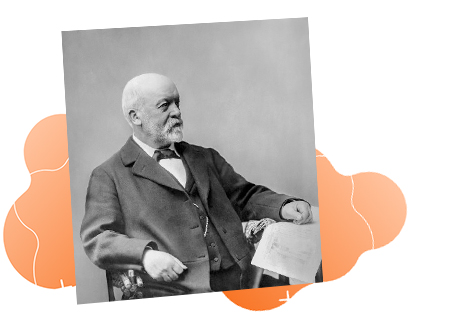 Back to the roots: the father of the modern truck is Gottlieb Daimler, who built his first one in 1896, using Karl Benz’s internal combustion engine developed a year earlier. Prior to Daimler’s truck, Benz also created his version of a truck, and that same year the first bus was created by Netphener on the chassis of the same vehicle. A year after Daimler introduced the truck, Bussing, Renault and Peugeot came up with their own models. Meanwhile, some U.S.-based manufacturers also began working on their truck models, and Autocar showed the first one in 1899, powered by an 8-horsepower engine.

Again in 1899, Alexander Winton built the first 18-wheeler. His own Winton Motor Carriage Company needed it to transport road cars around the country. A year later, Mack was founded in Brooklyn – the first truck manufacturer to use a starter motor. Mack trucks proved to be among of the toughest ones on the road in just a matter of two decades. 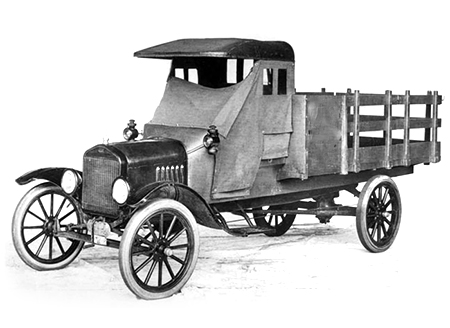 The number of trucks produced began to rise and more than 700 units were built in 1904 in the U.S. The number grew to 6,000 in 1910 and a whopping 25,000 just four years later. One of the first truck manufacturers in the U.S. was Chevrolet – they offered their first pickup truck in 1918 and continued to sold them as only a cab and chassis configuration until 1931. Buyers were left to decide what rear end to put on the pickups.

When WWI ended, the technological advantages introduced were notable: electric starter motors, pneumatic tires, 8-cylinder engines, comfortable cabs and electric headlights became standard features. Steam-powered machines became obsolete in most of Europe and in the U.S. around the WWI period, but they were still used in Britain until the mid-1930s when diesel engines replaced them.

Renault and Ford stepped in the truck market in the mid-1920s. Ford offered a flatbed option for the Model T truck and later for the Model A version launched in 1928, which had rolling windows and a safe steel cab. A few years later, a man named Fred Jones invented the first refrigerated trailer, because ice and salt were becoming an obsolete method to transport meat and other products that had to be kept cool. His initial design used a four-cylinder engine, a compressor and a thermostat and he further developed it by putting the engine in the front part of the trailer. His boss, Joe Numero, soon founded the United States Thermo-Control Company and they created the Thermo King brand.

Peterbilt was established in 1939 and produced the first heavy duty logging trucks with a design that is still in use today. This is when semi-trailers became more popular because of their effectiveness in hauling logs. 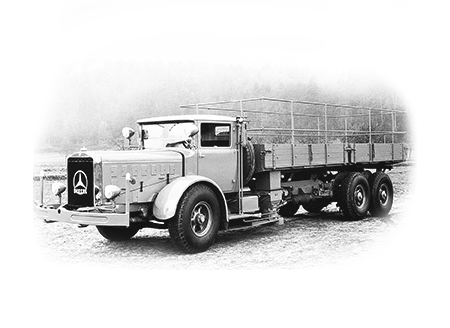 Meanwhile, many European truck makers that are still going strong today made their steps forward in the industry. Manufacturers like DAF, MAN, Mercedes-Benz and Volvo thrived in the 1930s, 1940s and 1950s, mostly due to the use of diesel engines.

The diesel engine was invented as early as 1897 but it became a popular solution for trucks after Benz showed a diesel truck in 1923. Naturally, it was a common thing in the 1930s. As for the U.S. market, the transition to diesel engines took longer and gasoline engines were popular until the 1970s. Overhead cabs and multiple axles became popular solutions. New safety features and environmental regulations were introduced after the 1980s.

Today, clean diesel, electric and self-driving trucks are already a thing. Aerodynamic design and space-grade technology find their place in truck manufacturing. There are all kinds of truck types and sizes available. Light, medium and heavy trucks and transporters are used everywhere, ranging from the tiny Japanese kei trucks to the 18-wheeled haulers in the U.S. Distribution, delivery and long-haul trucks exist, with different carrying capacity and axle configuration. Trailers and semi-trailers also come in different lengths and types, such as flatbeds, extendable models, stepdeck and specialty versions. 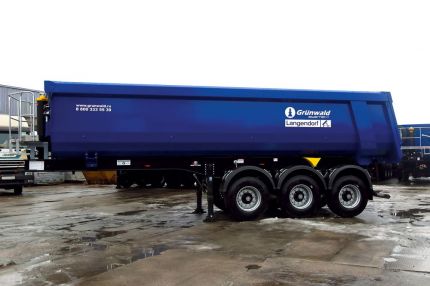 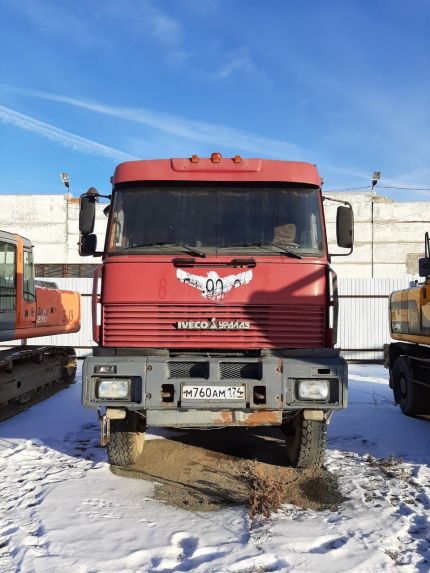 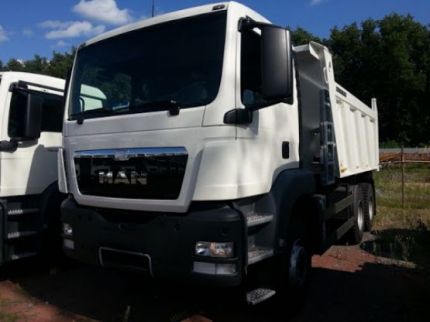